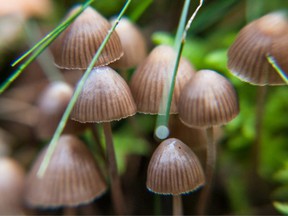 A new study from Yale University has demonstrated that a single dose of psilocybin, one of the active ingredients in magic mushrooms, can induce neural plasticity in a mammalian brain.

“It was a real surprise to see such enduring changes from just one dose of psilocybin,” Kwan added. “These new connections may be the structural changes the brain uses to store new experiences.”

With psilocybin and other psychedelic-based medicines continuing to gain traction as treatments for depression and other mental health disorders, the landmark study offers new evidence about how these drugs work.

The Yale researchers found that the psilocybin boosted the density of dendritic spines, which are “small protrusions found on nerve cells which aid in the transmission of information between neurons,” within 24 hours of administration.

Depression is known to reduce these connections. A month later the new connections were still evident.

Drones Getting Legislative Support For Spotting Illegal Grows in California